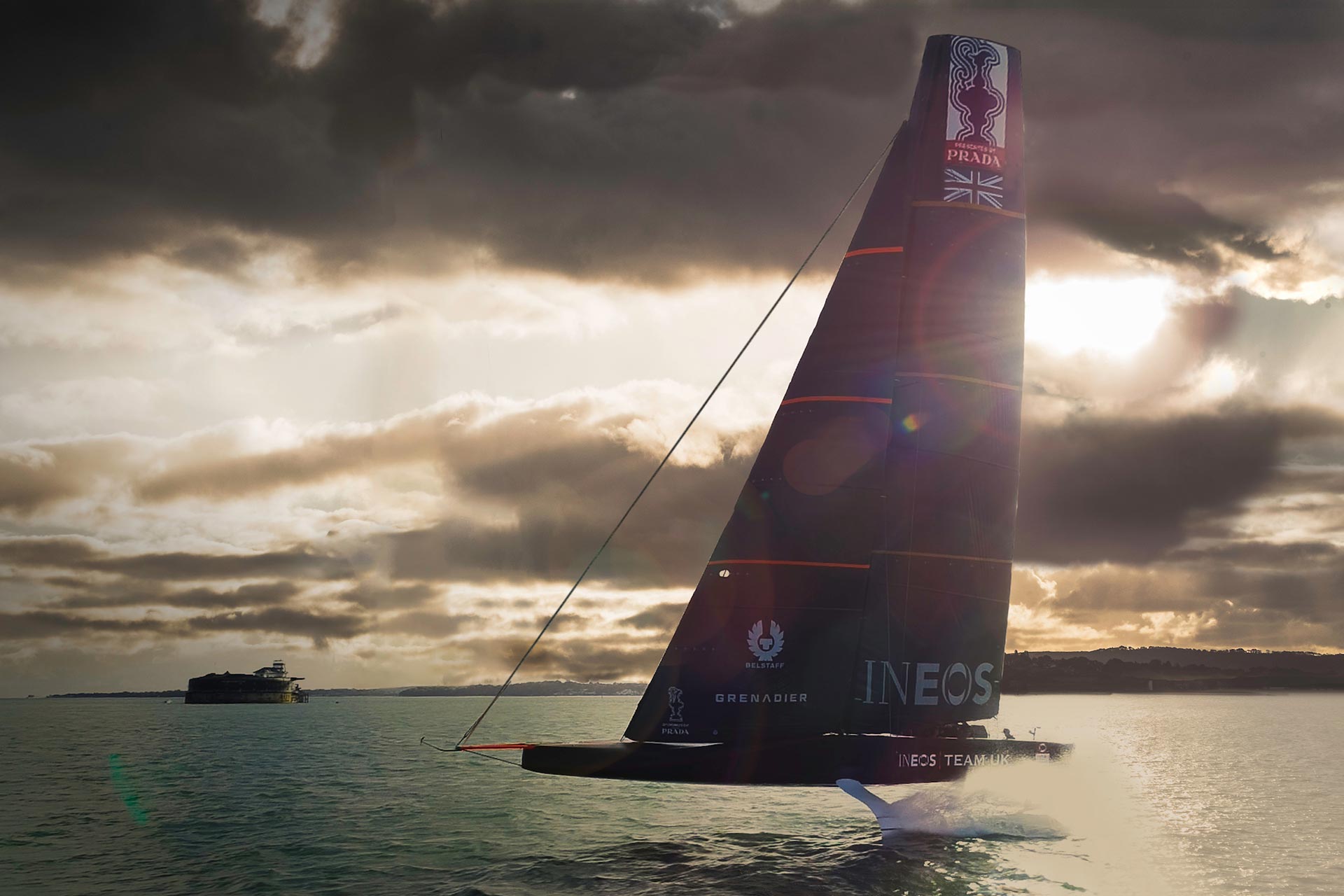 The Cup originated in 1851 when Queen Victoria and Prince Albert hosted the Great Exhibition, to showcase the best of British technology and excellence to the world. They invited the New York Yacht Club to send over a vessel that would represent American shipbuilding prowess and compete against the British fleet in a race around the Isle of Wight.

After winning the trophy, the United States embarked on what would become the longest winning streak in the history of sport, a 132-year stretch of domination. The Cup has only been won by four nations in its history: USA, Australia, New Zealand and Switzerland. A British entry has never won the America’s Cup.

INEOS TEAM UK is based in Old Portsmouth and led and backed by INEOS Founder and Chairman, Jim Ratcliffe. Sir Ben Ainslie, a previous America’s Cup winner (AC34) and the most successful Olympic sailor of all time is Team Principal and Skipper and four times America’s Cup winner, Grant Simmer is team CEO. Combined, the team has 16 Cup wins and eight Olympic medals.

The 36th edition of the Cup (AC36) takes place in Auckland in 2021. The Cup is ultimately a design and technology race and INEOS TEAM UK will use the best of British innovation to design and build two ‘AC75’ boats; 75 foot foiling mono-hulls.