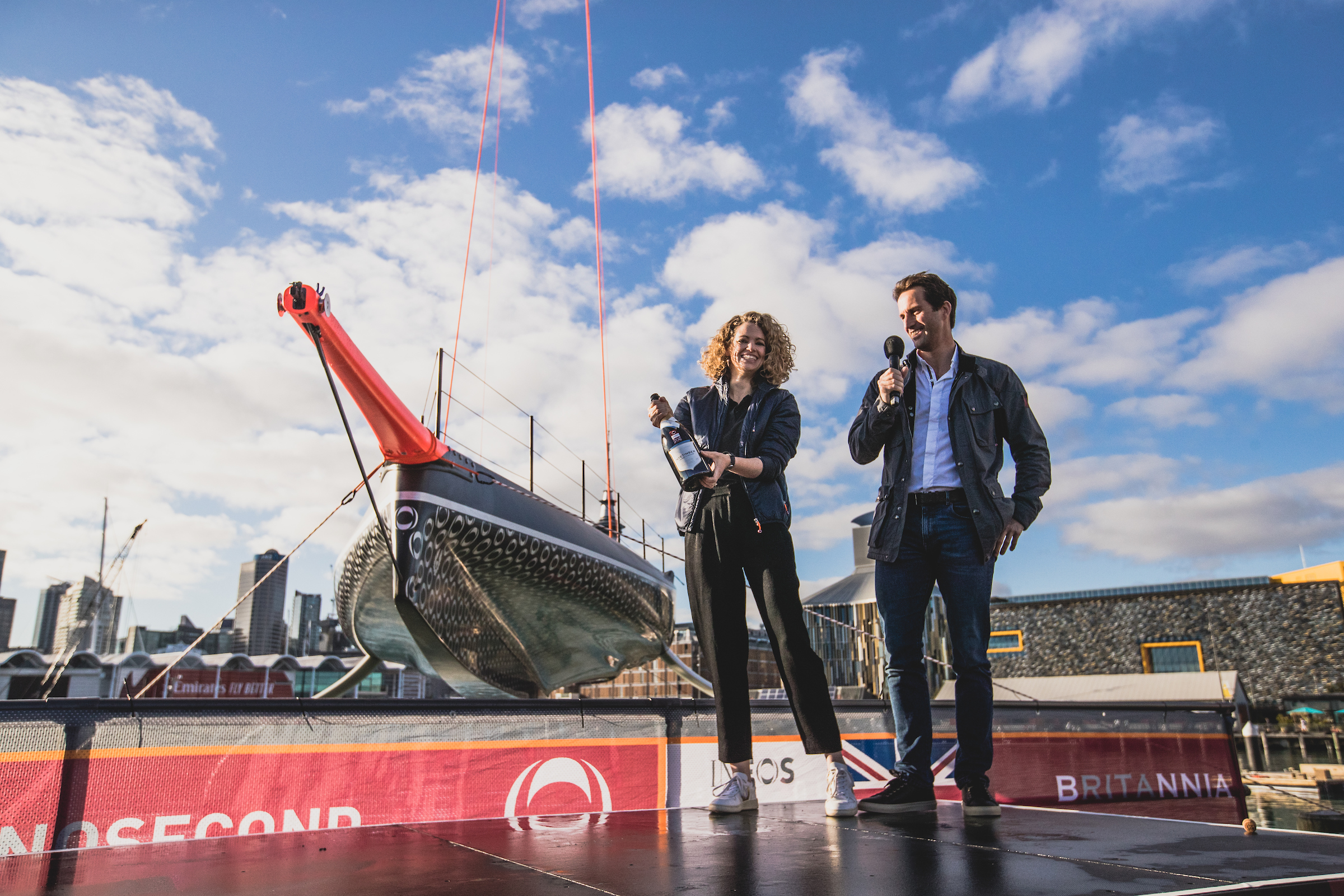 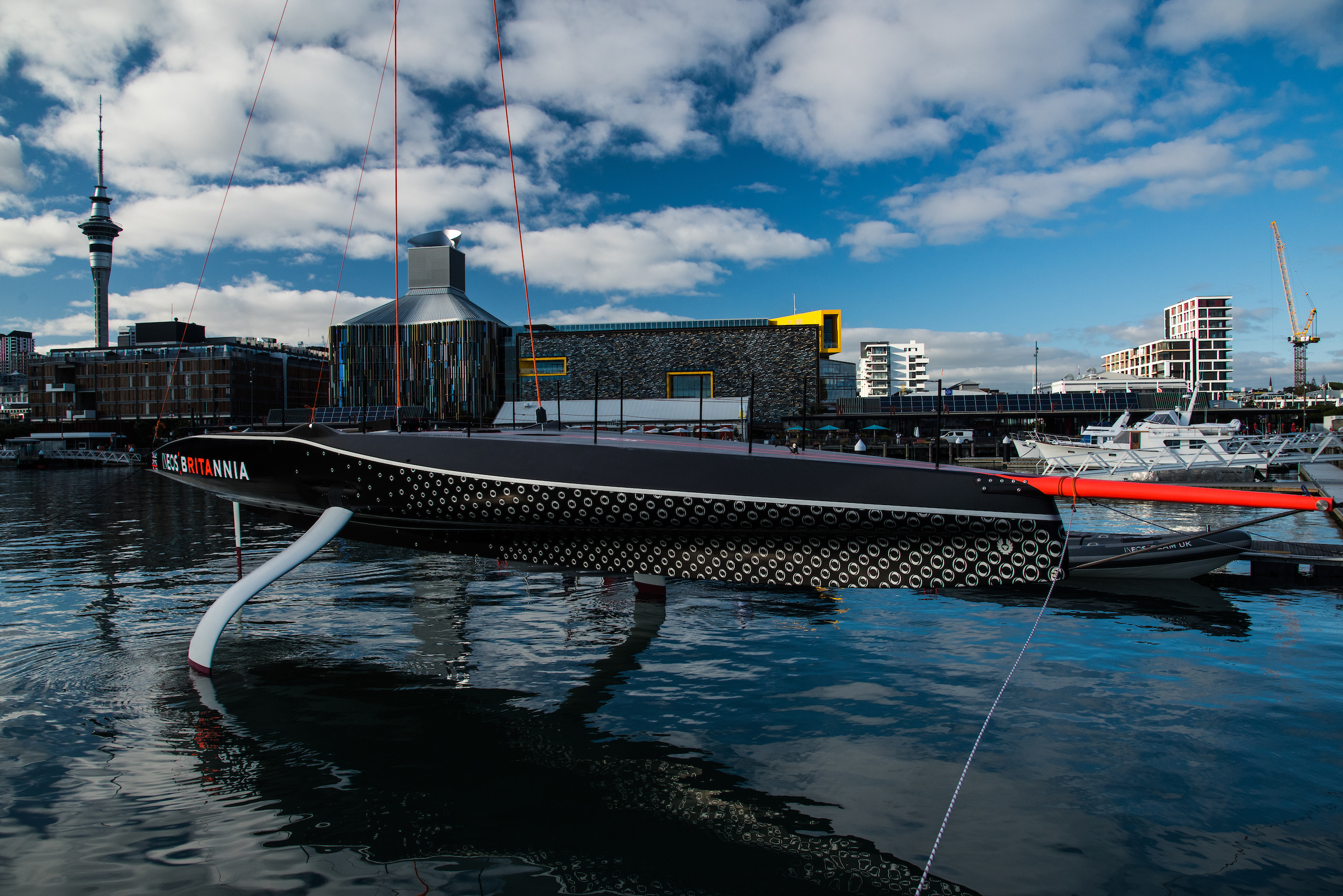 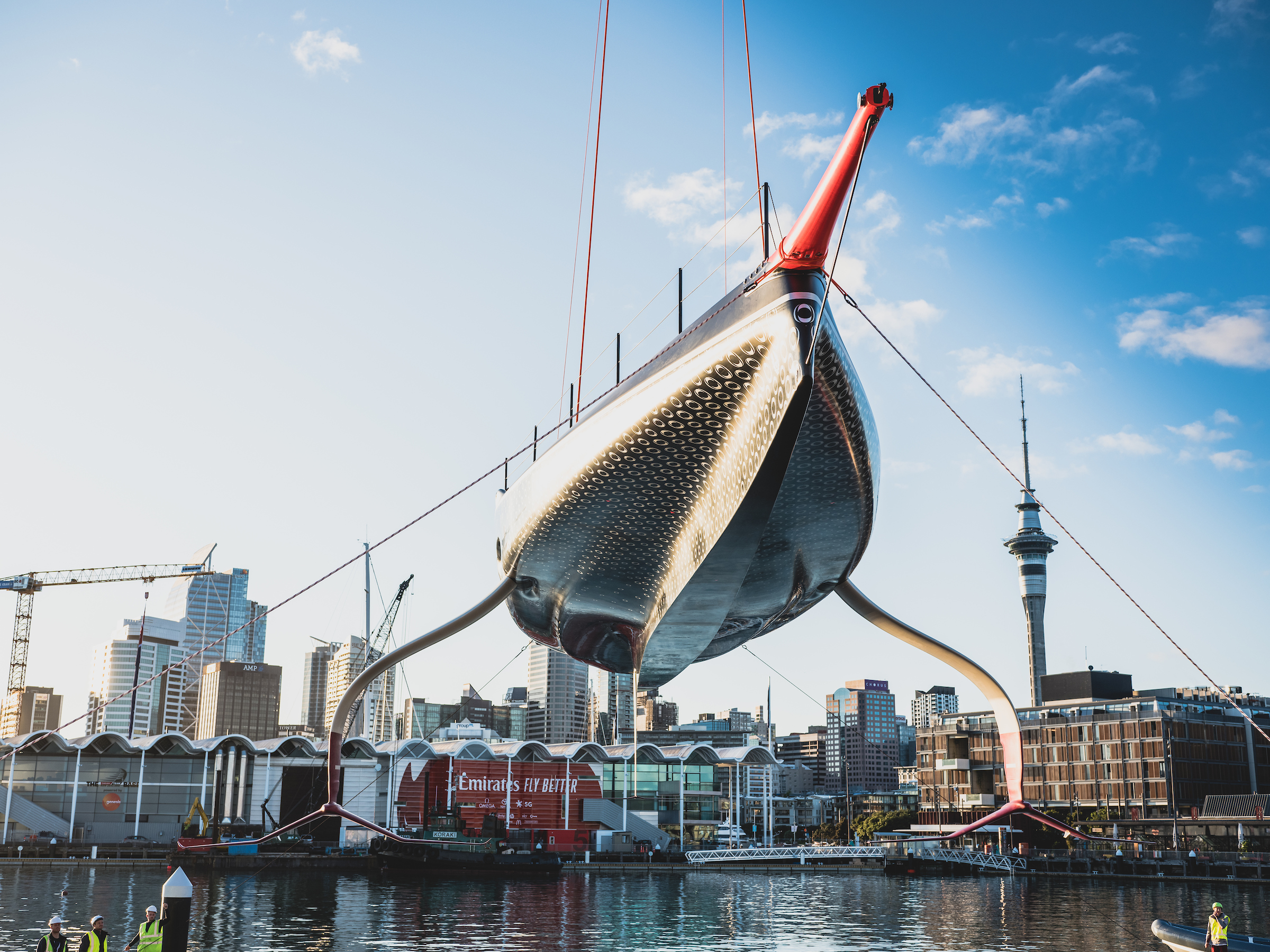 “Today marks a landmark moment for all of us”, said Ainslie, “a huge amount of hard work and dedication has gone into designing and building this race boat, including over 90,000 design hours and 46,000 construction hours.

“This is a big step forward for us as a team and we can’t wait to get out on the water in the Auckland Harbour. The coming months will be an intense time, as we will need to make every second out on the water in this new boat count to get the full potential out of her by the time we start racing in the America’s Cup World Series this December and beyond, but we are all looking forward to taking on this challenge of a lifetime.”

The team is backed by INEOS Founder and Chairman Sir Jim Ratcliffe, who sent a message of support to Ben Ainslie and the team during the official naming ceremony:

“The America’s Cup is a magnificent competition with an extraordinary history and now I believe that for one of the first times in British history we are going to arrive at the start line with a truly competitive boat.

“As the song goes, “Britannia rules the waves”, and we are all extremely hopeful that the team will finish by ruling the waves in Auckland and bringing the Cup back home for the first time in its history.”

Standing beside the iconic masterpiece of Scottish engineering, The Forth Bridge, Elaine Wyllie MBE, founder of The Daily Mile, an initiative to improve the health and wellbeing of children worldwide which now has over 3 million children walking or running a mile a day globally, officially christened Britannia virtually via a video into the team’s Auckland base, drawing on the British and Scottish heritage in the America’s Cup.

“In 1899, Charlie Barr, a Scottish fisherman was the first British person to win it – but for the Americans. Most famously, Sir Thomas Lipton, the Glaswegian entrepreneur, tried to win the America’s Cup five times, and despite declaring himself to be an eternal optimist, failed on each attempt.

“So, optimism is not enough, but happily we have much more. The ambition of INEOS has brought together the courage, skills and endeavour of Ben and the crew with all the cutting-edge technology, relentless dedication and ingenuity of those who have designed and built this phenomenal boat. It’s a huge privilege to be the Godmother to Britannia.”

As Elaine could not be attend in person the ceremonial Nyetimber spray of Britannia was completed by Her Excellency Ms Laura Clarke, British High Commissioner for New Zealand who has been instrumental in supporting the team’s relocation from the UK.

With estimated top speeds of over 50 knots (93 KM/H, 57.5 MP/H), Britannia is a significant evolution from the team’s first AC75 with noticeable changes to hull shape, deck layout and more. Speaking on the design, development and build of Britannia, INEOS TEAM UK Chief Designer Nick Holroyd added:

“The biggest change from RB1 is simply that the fundamental capabilities of our design group have evolved immeasurably over the past two years. This boat is on time, perfectly on weight and the detail of the fit out and systems is immaculate. That is a real credit to each team member involved.

“Since developing the first boat the race area and the condition limits have been clarified, and we have had time to sail and test the dynamics and loads. That has made the focus of the design team much clearer and enabled us to design and engineer finer tolerances. On top of that, having a crew that has now sailed an AC75 in RB1 makes us much more dialled in with the end users, the sailors, and enables us to be more specific to their set of requirements.

“This is an incredibly exciting class of boat at the bleeding edge of our design field, we feel incredibly lucky to be involved in these types of projects.”

INEOS TEAM UK will now be sailing Britannia in the Auckland Harbour for the coming months before the team’s first regatta and first opportunity to race against the other teams, the America’s Cup World Series Auckland from 17th to 20th December.